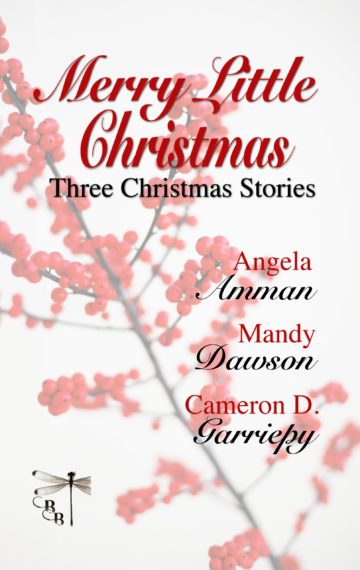 “… Let your heart be light. Next year all our troubles will be out of sight.” – Hugh Martin & Ralph Blane

Upon A Midnight Clear, by Angela Amman

Julia’s high profile divorce left her financially free to do anything she wanted, except fulfill the dreams she lost in an accident a decade before. Something stronger than a whim draws her to a storefront in the nearly forgotten town of Warden’s Bluff, New York, where visions of tiny dancers practicing their pliés under her careful instruction promise to fill that void. Julia doesn’t deal in tomorrows, but Josh, who keeps crossing her path as Christmas settles over Warden’s Bluff, is the kind of man who just might change her mind… if she’s willing to take a chance on next year.

Ivy Brennan, former therapist, astronomy enthusiast, and self-declared goat lady is carving out a fresh start for herself in the woods outside Thornton, Vermont. Christmas is coming, but Ivy is more concerned with missing goats and approaching meteor showers. Sterling West is crashing with his uncle at the family Christmas tree farm since his ex-fiancée sold their apartment out from under him. He’s bagging trees and picking up freelance web design jobs while he figures out what to do next, and where the best stargazing is. Ivy’s sister, Sterling’s uncle, four goats, and the Geminid meteor shower conspire to bring Sterling and Ivy together as the holiday approaches, but connections neither Ivy nor Sterling are aware of tangle like last-year’s Christmas lights, threatening to trip up their newfound attraction.

The Rarest Gift, by Mandy Dawson

For restaurateurs Sabrina and Mark, dissolving their marriage was simpler than dissolving Buchons’ – the dream Sabrina thought they were building together – but nothing about their separate-but-together existence is easy anymore. An unlikely angel arrives in Mark’s life while he flirts with culinary self-sabotage. Sabrina explores drastic measures to save the floundering restaurant. Both of them find themselves reflecting on the bitterness that drove them apart – and the sweetness beneath it – until a family emergency forces the pair to reevaluate the flavor of partnership, dreams, and love that won’t quit.