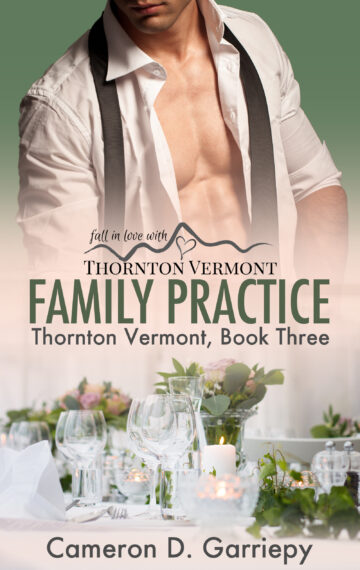 Anneliese Thompson dreams of weddings, though her own marriage was a nightmare. Five years ago, broke and on her own, she rebuilt her life under her parents’ roof in Thornton, Vermont. Now Anneliese is a sought-after event planner, and she’s finally making a home of her own.

Jack Pease took Anneliese’s friendship for granted before breaking her heart and leaving Thornton for fast-paced career in the city. In the wake of a family crisis, Jack puts his charmed life on hold to help his parents—now he’s a tourist in his own hometown, unsure of where he stands with his childhood friend. He can’t resist trying to close the distance between them, but Anneliese has learned the hard way not to trust her emotions.

Without the barrier of distance, she finds herself unable–or unwilling–to ignore the attraction between them. When Anneliese’s past and Jack’s future collide, they’ll have to choose: take the leap together or abandon the fragile magic they’ve found in Thornton.

The third novel in the Thornton, Vermont trilogy, Family Practice returns one last time to the town—and characters—readers fell in love with in Damselfly Inn and Sweet Pease. The series is best enjoyed in order, and for those who can’t get enough of Thornton, the short story collection Sugaring Season explores more love stories from this beloved Vermont village.